Press Call At The Gagosian Gallery

In preparation for the New Day auction on November 9, we recently held a special preview at Gagosian Gallery.For the second of the preview, we invited media from around the world to join us for a press call. 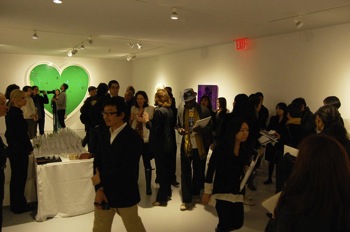 With all works on display, writers and photographers from several publications and networks joined us to get a look at the art on offer. 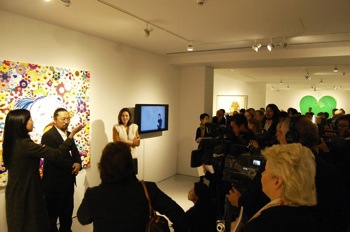 The preview began with a few words from Takashi Murakami. 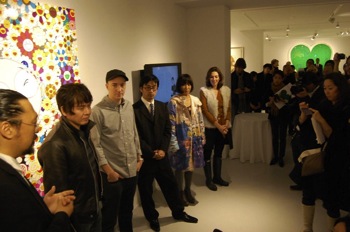 Artists Yoshitomo Nara, KAWS, Mr., and Aya Takano also joined us especially for this event. All of them created new works for the auction and led the audience on a tour of their paintings. 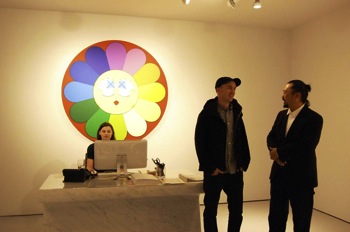 For this piece, KAWS combined the influence of Takashi Murakami’s signature flowers with his own iconic “X eyes.” The work was installed near the entrance and garnered much attention. “Tokyo has been very good to me and so this is a way of giving back,” he spoke, going on to relate how Murakami had invited him to join the project. 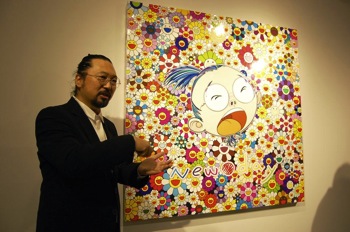 “New day: Face of the Artist”

This Murakami self portrait captures the tumultuous emotions he felt in the aftermath of the disasters. With no way to confirm what was happening and no accurate information at his disposal, he felt that his responsibility as an artist was to capture in pictures what he could not put into words.
The first image to emerge from this process was this painting. 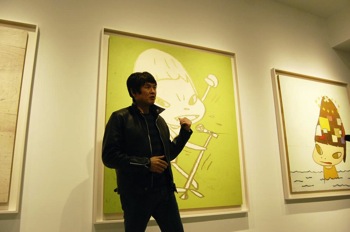 Though his home is less than 100 km from the site of the stricken Fukushima nuclear plant, Yoshitomo Nara spoke of his desire to stay in the area and continue producing works there.
In the center of this painting, the familiar Ramones chant “Hey! Ho! Let’s Go!” has been replaced with Toh! Hoku! Let’s Go!” Nara also produced charity t-shirts with this motif for Sendai’s Arabaki Rock Fest. 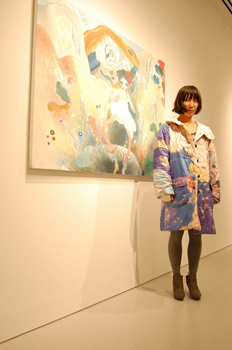 “I had a dream, in the aftermath of the disaster, water was gushing out from the mountains, and formed a pond”

Takano’s work portrays a dream she had following the disasters.
“There was water rising everywhere and when I tried to get away by climbing a mountain, water then started gushing forth from the mountain itself.
I painted from the unconscious image of my dream so my hope is that the audience will access their own unconscious and interpret it in different ways. 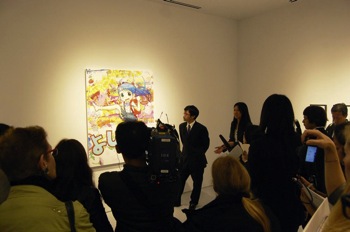 When Mr. set out to paint a disaster themed work, he decided that rather than using a negative outlook as a motif, he would rather present a happier image of someone putting their best foot forward. The Japanese words for “Okay!!,” rendered at the bottom of the canvas, and the young girl motifs are the standout elements. 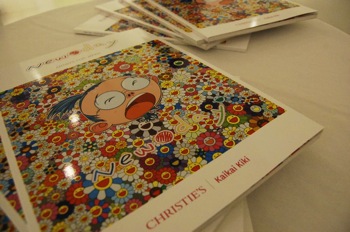 The New Day auction catalog! We got a look at the completed volume for the first time, at the venue. 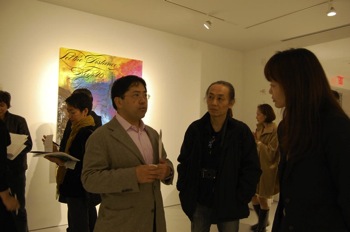 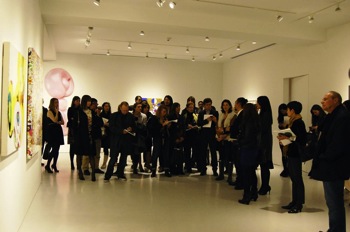 November 9, the day of the auction in New York, is almost upon us.
We hope you’ll stay tuned.