A New Day charity t-shirt sale event was held in the Taiwanese city of Taipei, in front of the local Mitsukoshi department store. The shirts were produced shortly after the disasters, as part of a plan developed with the newspaper Apple Daily. They were first made available in March, at Kaikai Kiki Gallery Taipei’s New Day exhibition, and later sold on the Internet.
※Sale of the shirts officially ended on May 31, 2011. 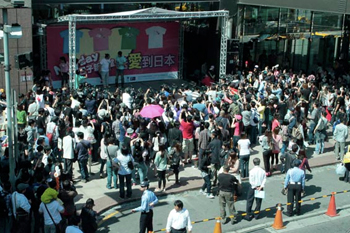 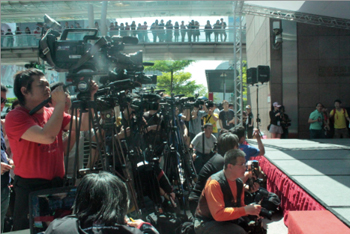 The venue was surrounded by reporters, making for a lively atmosphere. 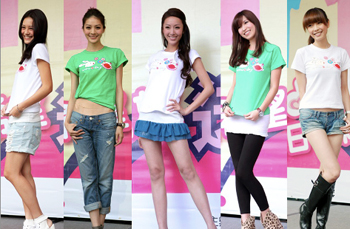 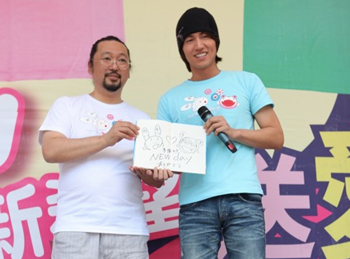 Proceeds from the sale totaled approximately 19,850,000 yen. All proceeds were donated to the Taiwanese Red Cross. 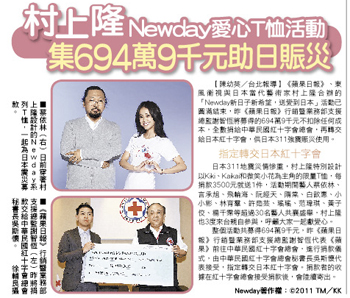 Coverage of the event in a Taiwanese newspaper published on July 1, 2011.

Thanks to everyone in Taiwan who took part.