Share Fukushima was held as a live charity event produced by media journalist Daisuke Tsuda. The event took place in the Iwaki Toyoma district of Fukushima prefecture – one of the most severely damaged areas by the quake – and included live music from volunteers.

The day began with a round trip bus tour departing from Tokyo. On board were two Kaikai Kiki staff and an accompanying photographer. The bus left Tokyo at seven o’clock, headed for Fukushima. 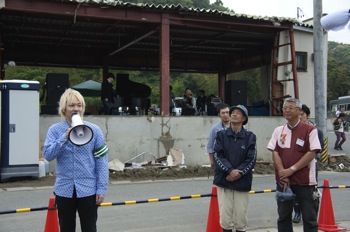 After arriving in Iwaki city, Fukushima, Mr. Tsuda (left) gave a welcome speech to the participants and showed them around.
On the far right is the store manager of the 7 Eleven branch who generously offered their space for the live event. 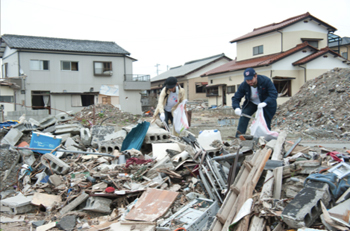 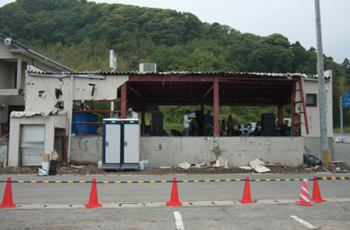 The tour then moved to the 7 Eleven Iwaki Toyoma branch.
You can see how devastated the building was from the quake. 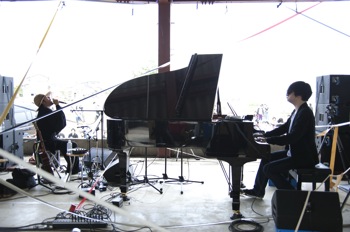 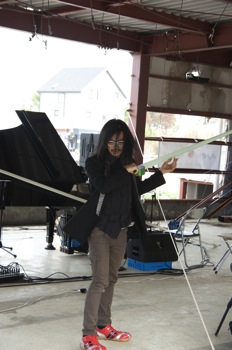 A performance by YDM, an artist from Iwaki, Fukushima. 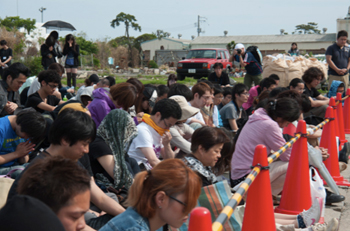 At the end of the event, a moment of silent prayer was held for the victims. 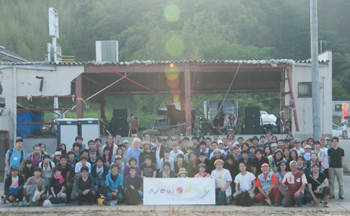 The event ended with a commemorative photo shoot of the participants holding the New Day flag.

Through the tour, we were able to get a sense of the on-the-ground reality in the damaged areas and share in their hope for recovery.