A New Day exhibition was held at Hidari Zingaro

From April 21 to 26, “New Day” exhibition took place in Kaikai Kiki’s three Nakano Broadway galleries.
The exhibition was the first exposure of the project in Japan, and it was filled with a wide variety of contents so that the viewer can have an overall idea on what had been achieved at that point. 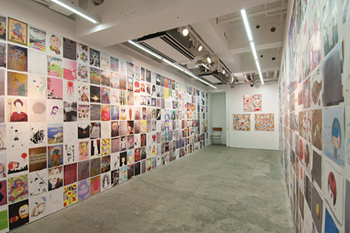 Printout version of the posted works filled the walls of Hidari Zingaro.
You can also see the posters Takashi Murakami produced specially for the project. 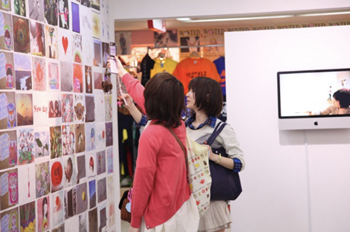 Guets took photos of their favorite works with their cell phones. 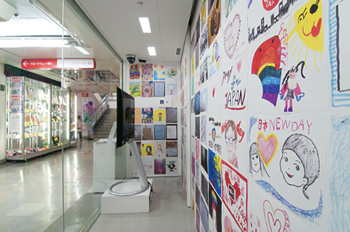 At Kaikai Zingaro, the exhibition from time to time included works that were being contributed
to the site as the exhibition was open. We also showed images from the Taiwan New Day Exhibition on a nearby monitor. 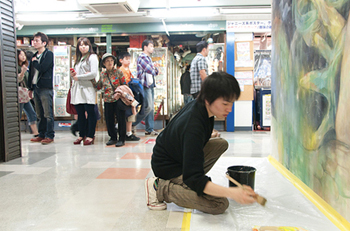 The outer wall of Kaikai Zingaro was used as a canvass for live painting by artist Rei Tanaka. 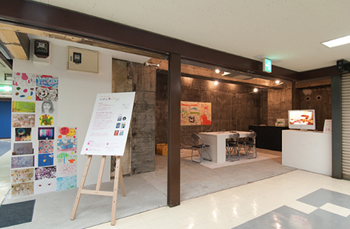 Oz Zingaro was converted to a live drawing/painting space for guests. 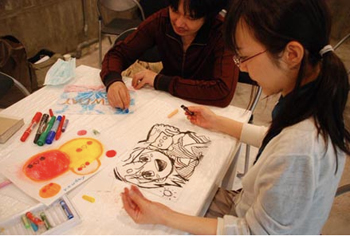 We were visited by everyone from small children to couples stopping by in the midst of shopping. All completed works were displayed at Kaikai Zingaro.